Imagine working toward a “valley of death”. This was the term used to describe an impending drop in shipbuilding from 2015 with no assurance of work after 2019. The uncertainty of ongoing employment manifested distrust and competitiveness and fuelled tension within the workplace and a feeling of not being cared about.  This was the VUCA world of the shipbuilding industry.

Imagine working toward a “valley of death”. This was the term used to describe an impending drop in shipbuilding from 2015 with no assurance of work after 2019. The uncertainty of ongoing employment manifested distrust and competitiveness and fuelled tension within the workplace and a feeling of not being cared about.

This was the VUCA world of the shipbuilding industry. Used to describe the turbulent and unpredictable forces of change that can affect organisations, VUCA is an acronym coined by the US Army. It is short for Volatility, Uncertainty, Complexity and Ambiguity.

This was very much the world of shipbuilding. And my experience here allowed me to discover positive psychology.

During my time in the industry, I became known for my efforts to influence positive organisational behaviour and employee wellbeing. I facilitated a diversity and inclusion program and ran lunchtime wellbeing sessions that provided participants with practical, evidence-based, tried-and-tested tools that they could use to manage their experience at work. Participants were not only using these for themselves but also sharing them with their colleagues and taking them home to their families.

My efforts can be described by what Professor Kim Cameron of Michigan University defines as Positively Deviant. Positive Deviance can be understood as intentional behaviours that depart from the norm in honourable ways.

Positive Deviance is an organisational leadership strategy that includes modelling and encouraging compassion, identifying purpose, providing support and using language that creates a climate in which people feel supported, encouraged and cared for.

Research has found that positive deviants exhibit the following attributes:

Behaviours that create a positive climate in organisations help people to flourish. This approach was used in the Rocky Flats Nuclear Plant decommissioning and worked toward the achievement of a greater good beyond personal or organisational success.

On the 5th of May 2018, I was made redundant. Two weeks before that day, a general manager came to my desk and asked me to go with him. I was excited to go with him as we had been in discussions about organisational cultural improvement. We arrived at the HR office, and one of the HR Team entered the room. I was filled with excitement, thinking the moment of opportunity had come.

There are three words I remember from the discussion that followed, “two weeks” and “redundancy”. I went to the bathroom and cried before returning to my desk. I felt so alone and confused. A feeling of anger rushed over me. Where was my manager? Why was he not supporting me? It became evident that he had also been made redundant.

During the two-week notice period, I was offered an opportunity to speak to someone about my resume and was told about the Transition Centre that I could visit for resources.

Visiting the Transition Centre added to my anxiety. It was a disused transportable building. It was not sign-posted, had no lights on and no one was present to offer support. There was evidence that workers had been in the room, perhaps not for support but to take the pens that employment agencies supplied.

I found it very upsetting that many of my colleagues were also experiencing this. This fuelled my determination to change the experience of reudancy.

Long before my redundancy, I began researching workplace wellbeing and cultural improvement and have been passionately immersed in the science of human flourishing through the Centre for Wellbeing Science at Melbourne University. This led to my Masters in Applied Positive Psychology.

The completion of my Master’s Degree resulted in The Reset Transition Program, a coaching program that focuses on drawing on the HERO within to build psychological capital and is designed to provide the worker with the best possible exit experience when faced with redundancy.

Research has found that building psychological capital directly impacts positive emotion, ultimately impacting attitudes and behaviours within organisations. Job loss  has a significant impact not only on our own psychological and physical wellbeing — it also has an adverse ripple effect on our co-workers and family members.

When faced with redundancy, workers who recognise the HERO within through The Reset Transition Program are equipped with tools to navigate the challenge, change and disruption they experience at work.

Using strengths-based coaching methods with a Me, We & Us approach, this program helps:

This approach also empowers people to build wisdom and compassion for themselves and others in the workplace. Building psychological capital in the organisation demonstrates care and compassion for its workers and is a consideration of the health and wellbeing of their people.

I sincerely believe that other people matter. I have experienced a range of adversity in my life. What has helped every time is support from others and resilience from drawing on my internal resources.

It is my mission to empower people with the tools to thrive. I do this by helping them reset their psychological wellbeing to find the HERO inside themselves, so they are equipped with their internal resources to draw on when they face challenges, change and disruption in their lives. 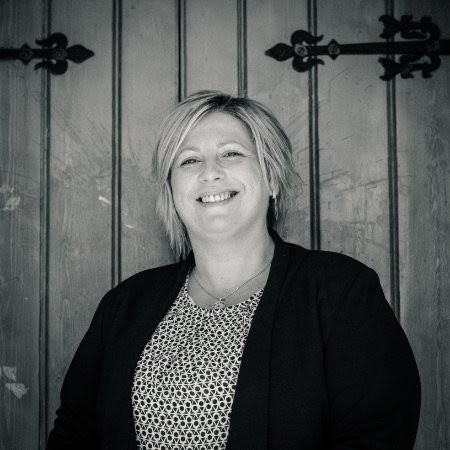 Leanne Camilleri believes that organisational vitality is key to people’s increased psychological capital and overall wellbeing. As a strengths-based coach, she utilises evidence-based tools and strategies to educate and bring out the best in people. Her positive change attitude has helped redundant employees receive the best possible exit experience despite being in an unfavourable situation.

When developing wellbeing resilience programs, Leanne draws from her several years of experience in the shipbuilding and

defence industries. She has made it her personal advocacy to empower employees in building their psychological wellbeing and managing adversity in the workplace.

Leanne is happy to pay it forward for members of the community in need of wellbeing tools. Sign up for her weekly newsletter to receive wellbeing news and advice.