What It Means to Be an Authentic Leader

What makes a good leader?  This is a question that many publications have tried to answer over the years however, in an ever-changing and varied world, there is not one method that fits all.  According to George et al. (2007), it is no surprise that there has never been consensus on the most effective leadership style.  Instead, it is becoming

What It Means to Be an Authentic Leader

What makes a good leader?  This is a question that many publications have tried to answer over the years however, in an ever-changing and varied world, there is not one method that fits all.  According to George et al. (2007), it is no surprise that there has never been consensus on the most effective leadership style.  Instead, it is becoming increasingly apparent that there is no single tried and true method of being a leader, rather the most effective leadership style is an authentic one.

What Is Authentic Leadership?

A leadership style that embodies the unique life experiences owned by each individual leader that people can relate to, believe in, and collaborate with.

In today’s world it would be naïve to think that one’s life experiences do not shape the future and values of each and every one of us.  The way we were brought up, the environment we lived, our personal experiences, and our professional ones all contribute to our personal narrative, who we are today and the values that we live by.

Miloud Chaabi and How His Upbringing Shaped His Leadership Style

Take Miloud Chaabi (Hassi & Storti 2014), a leader renowned for his authentic leadership style, and former founder of Ynna Holding (Chaabi Group), one of the oldest private industrial groups in Morocco.  Born into poverty and starting his career as a shepherd, Chaabi had a difficult upbringing.  His father, although working long hours to provide basic household needs was unable to stem the tide of starvation which ultimately took Chaabi’s elder brother.

At the time, Essaouira, Morocco, where Chaabi lived, was under severe oppression, and despite these hardships, education remained an important focus of the family unit, contributing to instilling core values that Chaabi held up until his death in 2016.  These core values heavily influenced the way he treated his employees, encompassing empathy, employee wellbeing, strong integrity, and a strong sense of responsibility toward the community.  Chaabi was able to use the hardships of his upbringing to formulate and grow a large business conglomerate rooted in strong ethical values.

This is obviously an extreme case however, when looking closely at your upbringing, it is not difficult to see correlations between your own life experiences and the values you hold today.  That is not to say that experiences always work to enhance your future.

Take imposter syndrome for example.  Imposter syndrome was first conceptualised by Clance and Imes (1978) as a way of describing the psychological phenomenon of self-doubting one’s ability and legitimacy in their current professional position.  This is usually directly related to an event, or lack of event, ethical or sociological developments, which contribute to heightened meaning of the individual’s misperception of themselves.

This feeling is not uncommon and according to McKinney (2018), 75% of people experience, or have experienced, imposter syndrome at some point.  It is important that leaders overcome these potentially crippling thoughts to become their true selves.

Why Authenticity Matters in Leadership

Using my own experiences as an example of overcoming doubts, I had suffered imposter syndrome at times in my professional career. I applied for a mechanical engineering role, one I personally thought I was not ready for despite my years of experience and qualifications.  The advertisement said that the role was in Adelaide, where I lived at the time, however, I soon realised that the position was based in Queensland, over 1,500 kilometres away.  Not wanting to miss out on an opportunity, I decided to continue with the application despite the misunderstanding.

After the interview, I was told that because of the misunderstanding in the advertisement, I was the only applicant left for the role, and because I interviewed well, I had the job.  This caused mixed emotions as I was happy that I got the role, but all other applicants dropping out circumstantially made me think that I did not deserve it.

I doubted my ability, and it was constantly dragging me down. It requires great bravery to overcome imposter syndrome and opening up to others is the key.  Realising that I was not progressing as a leader and not winning over my team, I decided that I needed to show the true me.

And guess what… when I finally found the strength to tell people, nobody was bothered by it, there were no concerns about my capability, yet the weight of self-doubt was lifted from my shoulders and I could grow once more.

So, what is the moral of the story here?

Everybody has life experiences that form the fundamentals of who you are.  Digging deep and being true to yourself, embracing the good and overcoming the bad is the only way to become authentic.  It cannot be taught, and it cannot be copied as it is unique to you.

What is important to grasp is that it is very difficult to bring out your full potential as a leader if you don’t first understand yourself, your values, your morals, and your ethical limits.  Only then will you be able to create a vision that inspires your teams to believe, take action and grow under your guidance. 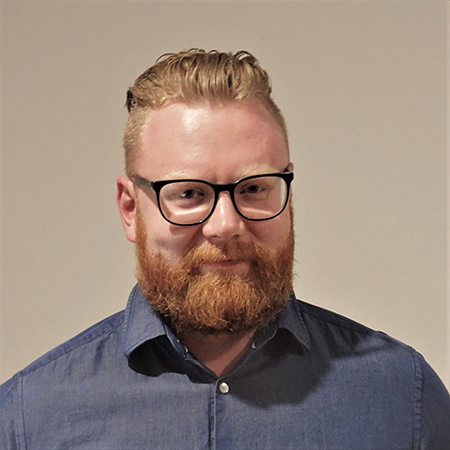 Jeremy Allen-Waters is a production manager and process engineer with a passion for positive and progressive culture. Although relatively new to leadership, he was able to transform their culture from one of stagnation and reluctance to one of improvement and eagerness.

For Jeremy, people are the lifeblood of an organisation. He recognises that everyone has their own unique skills, experiences and knowledge, which when combined can accomplish something spectacular.

Jeremy wishes to pay it forward for members of The People Shift Leadership Community by continuously sharing his learnings.